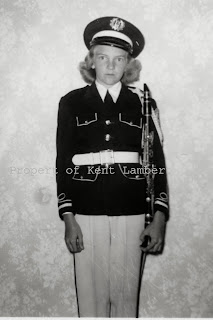 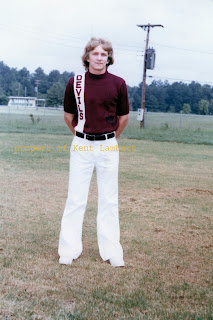 Thinking of those times, when it came to hard work in the hot Mississippi summers there was no racial segregation. There were blacks, whites and an occasional Native American or Latino. It was alright for us to work together, but the black kids couldn’t go to the same school that we did. Whoever was in the position to say, reluctantly said that it was okay for the Native Americans and Latinos to go to school with us. It was probably hard for any student that looked a little different.
A couple of my work friends played football for the black school. While in middle and high school, I played football for the white school. Both schools used the same field to play their games on. When my friends from work came to watch me play, they stayed behind the goal posts away form any contact with white people. When I went to see them play, I stayed behind the goal posts… same field. It seems funny, maybe pitiful now but back then everybody stayed in what was supposed to be their place; white people lived around the down town area and the black people lived in the “Quarters”. That was the way things were done and it was accepted.

( I let a friend read this. He told me the scene I described about standing behind the goal posts was in the book “My Dog Skip”. I don't know because I never read the book. What I stated about the ball games was probably true throughout Mississippi. ) 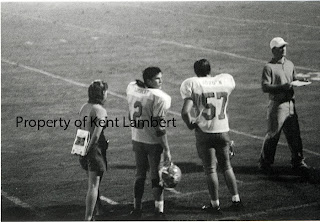 Heat and sweat: the first day of football practice when I was fifteen years old we had a physical examination by a doctor. Part of the exam was getting weighed. I weighed in at exactly 165 pounds. We were issued our equipment and went to the field for our first practice of the year. July and August are usually the two hottest months of the year and it was August. The workout lasted approximately 2 hours. When we returned to the locker room, I decided to weigh again, because I knew I had sweated a lot. This time I weighed 154 pounds. I had lost 11 pounds. I suppose it was all water. I stayed at 154 the rest of the season. The games on Friday nights were fun, but it was barely worth it because of the practices.
We were not allowed any drinking water during practice. Over the school years I saw several guys fall out. I fell out when I was 14. As I stated earlier; I am rebellious. One time during practice to “get over” on the coach, I drank water from a mud hole while he was not looking. The water was clear, but it had “wigglers” in it. Wigglers are mosquito larva. 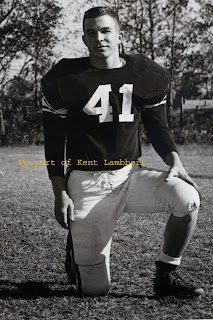 Posted by lambert.kent@gmail.com at 4:45 PM