My first summer after graduating from high school I got a job with a company that built road beds (subsoil) to be paved. The job was “running blue tops”. After the roadway had been cleared of brush and trees, clay would be brought in to help build the road. Then a surveyor would check the lay of the road bed and set stakes in the ground that we used as a guide to cut the road to the right level and angle with a motor grader. The top of the stakes were painted blue, so they were called blue tops. We ran when the clay that was cut from the subsoil was being pushed over the blue tops. Marking each blue topped stake was a piece of board stuck in the ground beside it. We had to pull the rough stake out of the ground so the dirt could be push over the top of the blue top. Then we had to find and uncover the surveyors stake; marking it again with the rough stake. After that, we would have to run ahead and be ready to do the same for the next blue top.
We started work at day break and worked until what the boss called “dark thirty.” When we got there in the mornings we ran until the day started to heat up. My shirt would get wet with sweat immediately and even when we quit running it would stay wet because the sun would be up and hot. Someone brought a thermometer one day and it reached 126 degrees working amid all the heavy equipment. As the day started to cool we went back to the work that was part running, so I was still wet. At the end of the day when it was turning dark and most of the crew had left, we would have to start shoveling sand. It would be dark before we left the job site; dark thirty.
The four of us that worked together had a three gallon water cooler. In the morning we put a block of ice into it and filled it with water. Crushed ice would not last until night. Through the day we would refill the cooler two more times. At the end of the day the block of ice would be melted and the water if not completely gone would be almost gone. Four of us would drink a three gallon cooler dry three times a day. Of course part of the time it had ice in it.
The first day of work on the road crew taught me why the old farmers at the country stores wore long sleeved khaki shirts. I had worn a short sleeved, light weight shirt. From my shirt sleeves down my arms were cooked. My upper arms and back had bad sun burn through the shirt. If I had worn a long sleeved, medium weight shirt, I would have been protected from the sun. Also, I would have stayed cooler because the heavier material would have held more sweat longer. I had worn a hat so my face and neck were protected somewhat.


Sleep? Four of us had rented a large upstairs room with a window fan. Upstairs, no air conditioning, the fan moving hot humid air, my skin running a fever from the bad burn; was I exceedingly uncomfortable. But I went to sleep immediately and slept soundly through the night because I was exhausted.

Posted by lambert.kent@gmail.com at 2:10 PM No comments: 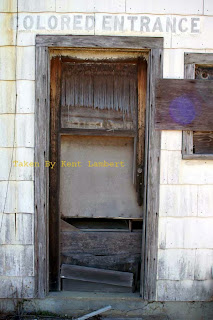 As I mentioned when talking about racial integration, sometimes I would accompany my father on his job when I was out of school. He was a “meat salesman”. He wholesaled meat to country and small town stores. At a lot of these country stores there would be a gray haired old man, sometimes three or four, hanging around. I figured that they were retired farmers and were there to socialize. One thing seemed odd to me; they all wore long sleeve khaki shirts. As I stated earlier, I would wear short pants in the summer. If I could get away with it, I would not wear a shirt. Here were these old men wearing medium weight long sleeve shirts and it was very hot.
Sometime I would stay in the truck while father would go inside a store. Having no air conditioning I would have the windows down with my arm out the window. My elbow would be bent and my hand was back inside the truck. I always made sure that my upper arm was touching the truck so that my muscles would flatten and I hoped they would look bigger. One day the truck was parked in an area behind and between several stores. The streets were paved, but this area was not. It was hot and dusty. I had my arm out and someone walked by and looked at me. I thought they must have seen what looked like big muscles. Then a whole new reality came to me. It seemed that I was alive to be tested and everyone, including my mother and father, were observing me, seeing how I was acting and reacting. That lasted a few moments and then my rational mind took over. I was back in the reality I had lived in so far in my life. When I wasn't distracted by other things, I found I could go back into the mind frame of being tested. So I played with that off and on that summer. Then I realized where the idea of being watched had come from. At church I had been taught that God put us here and if we were good we would go to heaven. If we didn’t measure up then we went to hell. After that realization I never went back into that reality. Today it is my understanding that seeing things from that point of view is paranoia. I know nothing of psychology so I am not sure. This took place while I was in my early teens.

Posted by lambert.kent@gmail.com at 2:47 PM No comments: 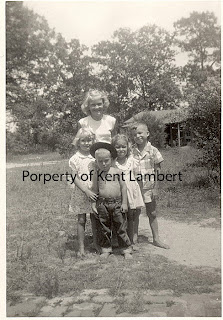 Let me tell you something about loafing in the heat of summer. After playing with friends in the high temperatures and having only water to drink, one might say something about getting a “coke” because he was thirsty. Every carbonated drink was a coke to us. I would make sure I had a nickel so I could buy one and we would go to the store. Someone would say, “What kind are you getting?” Another was likely to reply, “An Orange Crush.” I would usually get a Mr. Cola or a Double Cola because I could get about twice as much drink. Sometimes I would get an RC or Coca Cola, because I really liked them best. 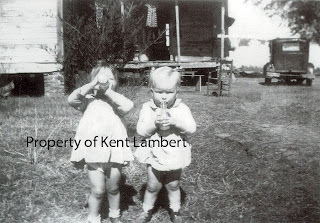 Always in August and sometimes starting in July, we would have afternoon thundershowers. It would come with the accumulation of the clouds and start with thunder. Sometimes when the thunder stopped I would get out in the rain and cool down. I especially liked riding my bicycle in the rain. If it came too early in the afternoon and stopped before time for the temperature to start dropping, it would be so muggy and uncomfortable. But if the rain continued the late afternoon and early night would be a lot cooler (afternoon and evening were the same for us). 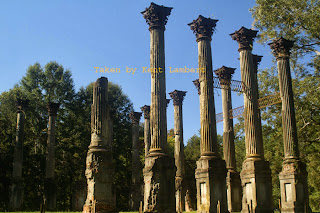 When Central High School in Little Rock, Arkansas was racially integrated, I was twelve years old. The talk on our campus was that the black kids in our town had a newer school building that looked a lot better from the outside and offered a broader curriculum. Why did they want to go to school with us? The kids (including me) were ranting and raving. When I got a chance I asked a black lady why they wanted to go to school with us. She told me that they didn’t want to go to school with us anymore than we wanted to go to school with them.
At home, I was repeating the things I had heard at school. My father told me about a black school that he passed every week. When it rained, what little playground they had was a mud hole. In the winter when the children should be in class, some would be walking down the road gathering fire wood for the wood heater. They had no other way to heat the school and no one supplied the school with wood. That summer while helping my father with his job he showed me the school house. It was a small, run down clap board building with one or two rooms. I realized how wrong I had been. The kids at my school were right in one way; the school building that the black students used looked better and the curriculum may have been better, but the black children had to pay a price. The black kids were bused from all over the county to the one school while the white kids had four schools scattered over the county. I don’t know for sure, but the county must have spent about three times as much for the white kids as they did for the black kids. 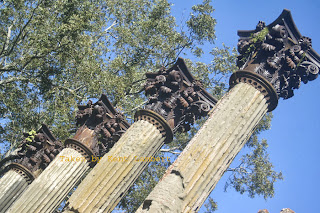 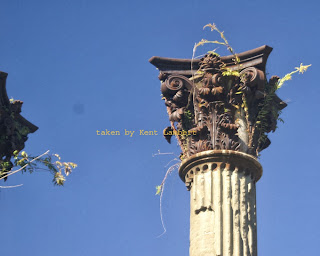 Posted by lambert.kent@gmail.com at 8:50 AM No comments: