The summers came and went. The economy grew. Every body had bigger, fancier possessions. It got harder and harder to find a car without air conditioning. The boys were growing. As sometimes happens, trouble came and there was a divorce. I moved away from the small town. Still not using air conditioning even in the cars I owned.
When I moved, I started working for myself. As I needed workers, I would hire people for that job and then move on. On one job I hired two men to help, and told them when and where to meet me. It was in the heat of summer and outside, so I put on my medium weight shirt and a hat to go to work. When they came up, they were wearing short pants and a tank
top. As we went to work they pulled off their tops. After a few hours work we took a break. We went to a small store a few blocks away. They wanted to go in one of their trucks because mine did not have air conditioning and theirs did. I rode with them. I nearly froze to death with the wet shirt in air conditioning. After I got my snack, I had to wait for them outside because I was so cold.


The seasons kept changing. I was getting older. Then it happened! I made that drastic mistake. It was late July and I had been working hard for long hours. After all the great experiences in and because of the heat, I did it anyway. Oh (alas?), I turned on the air conditioning. The rationalization about not using air conditioning was because deep down inside of me; I knew what would happen. I don’t want to go outside! I want to be cool! Driving down the road on a nice day in the spring or fall, I have the windows up and the air conditioning on! I make sure everywhere I go is air conditioned! MY LIFE IS ORGANIZED AROUND AIR CONDITIONING! What have I done? What have I done?
Posted by lambert.kent@gmail.com at 7:28 AM No comments: 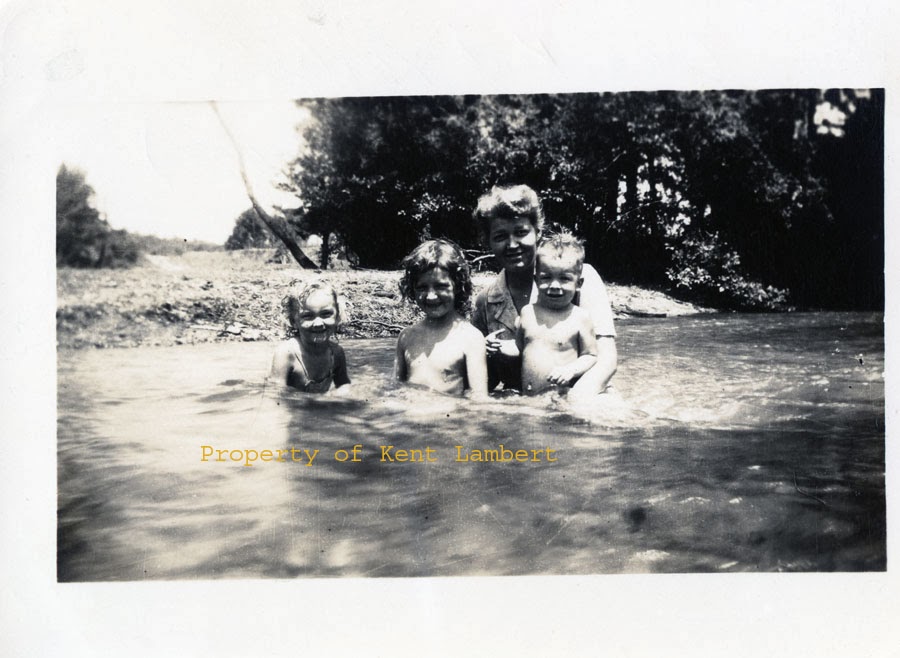 After my children got old enough, I took them camping every summer. Remembering my childhood, I tried to go to a place that was on a creek or river, preferably on a creek close to the mouth where it ran into the river. We would go swimming and fishing. I didn’t take a gun along. I thought it would be too dangerous with children around.
We would stay out three or four days with a piece of plastic instead of a tent. Using a 16 by 20 foot sheet of the heavy, flexible plastic that is used in construction, we would pull a length of rope between two trees as tight as we could. Then laying the plastic sheet across the rope we would use baling line tied around rocks wrapped in the edge of the plastic with 60 penny nails for stakes. Making sure the lines between the plastic and nails were long along the back, we would make a lean-to. We would also make sure that if it rained the water would drain in the right direction. With the ends open and one side of the plastic only one half way to the ground, we went through some very bad weather without getting wet or our shelter blowing away. The long peg lines on the side that went to the ground allowed that side to rise up and let the wind go under it.


When I first started taking the family on these trips, there were numerous places to go camping. As people started organizing into hunting clubs and leasing land it got harder and harder to find a place to camp until it was almost impossible. 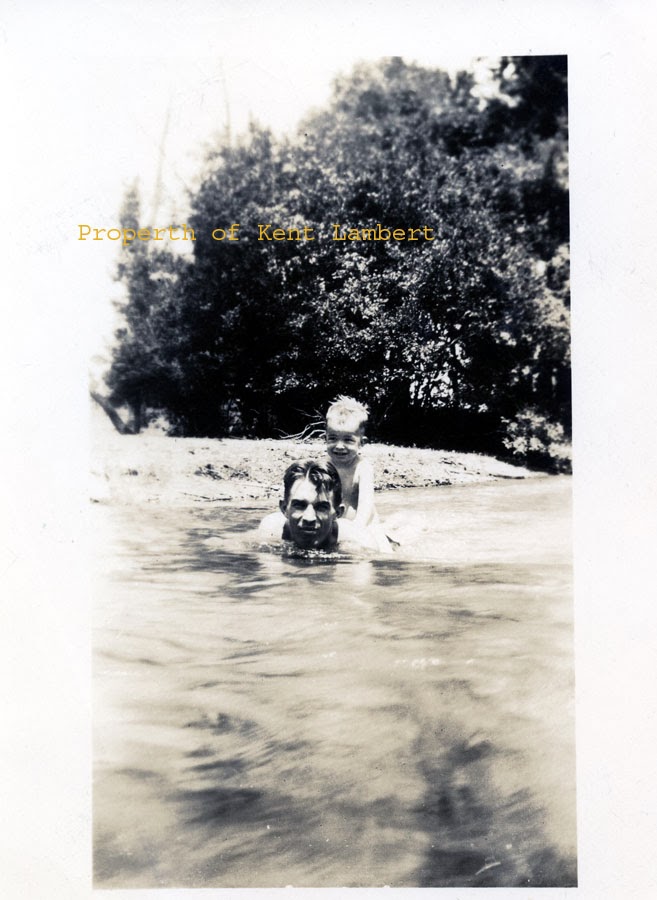 Posted by lambert.kent@gmail.com at 11:30 AM No comments: 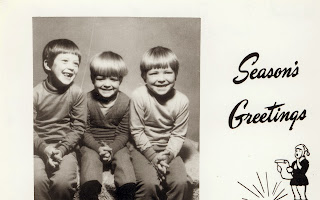 The next summer I got married. We had our first child, 18 months later our second child, then a year after that our third boy was born. Trying to start a family that fast. Having jobs that paid almost nothing and the third child’s birth not covered by insurance because of changing jobs, we were in a financial bind. My father-in-law had an old house on his land. He offered to let us stay there until we could get financially stable again. We accepted and moved in. The house was of the style that some people call a “dog trot house”. To enter a person had to walk up the wooden front steps to a large front porch that was about three feet off the ground. Then they would walk into the open hallway. On either side of the hallway was a door into a room that was sealed (an inner wall). To the back of each of these rooms was another room that was not sealed and had shutters instead of glass paned windows. If, instead, they walked on down the open hall they would come to a place where the hall had been extended without walls and a back porch added that had a well for “drawing” water. The hall extension connected the kitchen with the rest of the house. The hall and back porch had been added when the cook started using a gas instead of a wood stove. While using wood to cook it was not uncommon for the kitchen to catch on fire so it had been built separate from the rest of the house. Summing up, we had electricity, but no running water and only two rooms were sealed.
In the summertime the house was reasonably comfortable. The rooms had either 12 or 14 foot ceilings. The unsealed rooms and open hall way allowed air to circulate. It was cooler than most houses I had lived in. Then came winter; the house was cold and with the air circulating there was no warming it. The next spring we were financially okay, so I sealed the house, closed up the hall way and put a pump in the well so we could have running water. That meant that we could have an indoor toilet!
As long as we had a bucket in the well, several people in the area came to our home get their drinking water. We had the best water anywhere close. After the pump and the water running through pipes, it had an ugly taste. Also, when that summer arrived, the house was hot with the rooms sealed and the hallway closed. Then came winter and we couldn’t get the house warm still couldn't get the house warm. I built a new house as soon as possible.
Having three young boys the new house was built to withstand them. The boys had trouble withstanding the house. All the walls inside and out were made of block, so when the boys in their play abused the house, it did not give; the boys gave instead. Gashed scalps, bruised arms and legs were common.


In building the house I decided to have central heat, but no air conditioning. My rationale was that we had never had air conditioning before and by not using the energy we would not be polluting this earth as much or contributing as to our capitalist imperialism. Right or wrong that was my thinking about at it at the time. Today, I understand that hidden deep down inside of me I knew.

This house is considerably older than the one we lived in but it is an example the dog trot house:
http://www.grandgulfpark.state.ms.us/DogTrotHouse.html
Posted by lambert.kent@gmail.com at 7:30 AM No comments: 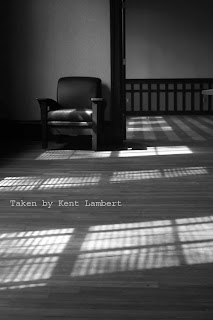 At work one day, I didn’t have enough money for a “coke” and a young black man offer me a swallow from the one he was drinking. In a split second a lot went through my mind. First the tale I was told by the new kid in class when I was in the seventh grade. It was about his older brother and he told it in a bragging sort of way. The new boy said that his brother had been riding in a friend’s car on the passenger side when he saw a “n-----“ standing close to the street. His brother had leaned out as they passed the “n-----“ and caught him with his fist on the jaw. The boy said that it had broken his jaw. He went on to say in a teaching sort of way that you had to be careful when you did something like that because it might be a blue gum “n-----“. “If a blue gum “n-----“‘s blood got mixed with yours, it will kill you.” he told me. For several months after that story I went around trying to tell the difference. Also, I wondered if I should take this offered drink? I remembered everything else I had learned at school about people different from us was wrong, so I took the drink. 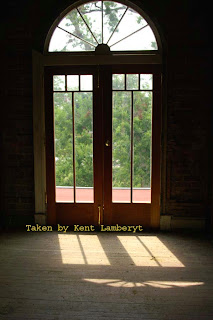 Posted by lambert.kent@gmail.com at 3:01 PM No comments: